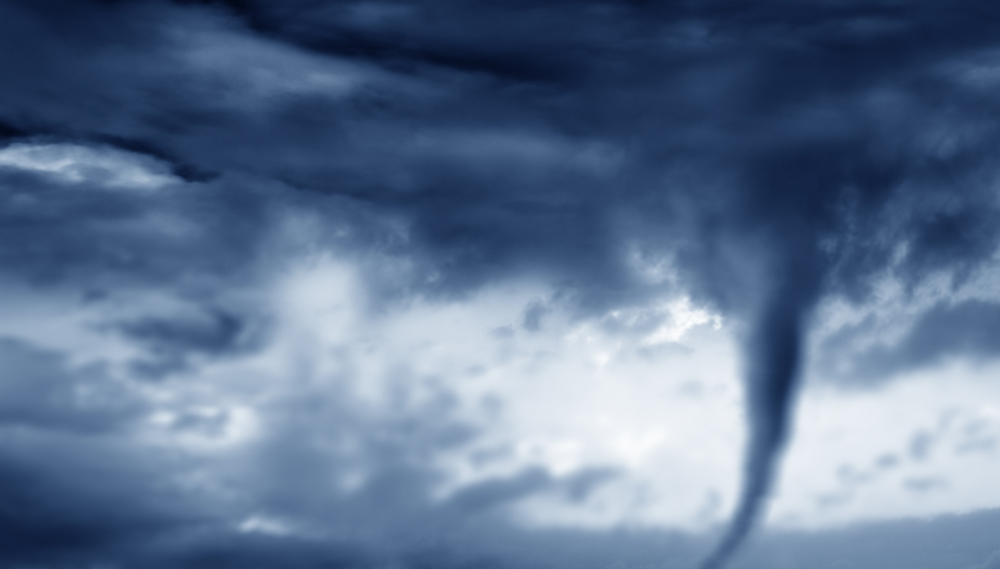 The tornado is the most deadly and powerful storm on the planet. Winds can be as high as 300 miles per hour, which is strong enough to make a piece of straw a deadly projectile.

Though tornados don’t follow anyone’s rules, statistics show that they occur most in Texas, Oklahoma, Kansas and Missouri in the early summer months. Generally, the front moves to Nebraska, the Dakotas, Minnesota, Iowa, and further east as the summer progresses.

When the National Weather Service issues a tornado warning, it means a funnel cloud has been sighted. Wherever you are at the time, put your emergency action plan into motion. Immediately seek shelter in a pre-determined area. Bring a battery-powered radio or scanner with you to stay in-touch with what is happening outdoors. NEVER attempt to look for or chase a tornado!

If you are outdoors where there is no shelter, or if you have left your car or mobile home, get to a low spot such as a ditch or ravine, and lie down there.

Stay safe and out of danger’s way this tornado season. Know what to do before the sirens sounds and always act quickly!